Nina, a 2-year-old girl, was attending her third preschool after being kicked out of the previous ones for biting other children. Guess what? She’s biting kids at this preschool too!

This time the teachers called in Mary, a professional in child psychology, to observe Nina’s behavior and hopefully discover a way to change her habit of biting other kids. After watching Nina over a few days, Mary realized that Nina only bit children when they came close to her when she wasn’t expecting it. If the children were making noise or talking to her as they approached, she did not bite.

Mary sat down with Nina’s parents to find out their ideas about what might be going on. The parents were very embarrassed by Nina’s biting and also puzzled because she didn’t do this at home. As Mary spoke to them, she noticed they both wore glasses and asked them when they had first needed glasses.

Both parents had needed glasses when they were fairly young. Mary suggested they get Nina’s eyesight checked out. They learned that Nina’s eyesight was very poor and she needed glasses. Interestingly, getting glasses also solved her biting problem. Once Nina could see the children who were approaching, she no longer felt threatened by their sudden appearance and she stopped reacting by biting.

When you can figure out the reason behind a child’s misbehavior, you are in a better position to solve it. The more puzzling the behavior, the more you’ll need to spend time carefully observing when the behavior is occurring and considering what factors might be contributing. 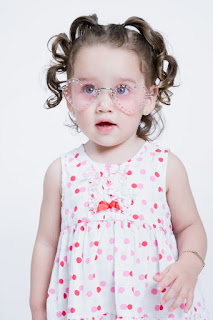 at January 30, 2012
Email ThisBlogThis!Share to TwitterShare to FacebookShare to Pinterest

As a mother of two twins and a toddler I completely agree. There's almost always an underlying issue behind behavioral problems. But till we spot the issue it takes a lot of patience!