Helping Your Kids Through The Difficulties of Divorce

Going through a divorce is extremely challenging for both you and your kids. Jean Tracy's Character Building: Divorce Stories and Strategies to Help Your Child Heal provides stories and ideas that can help your children through the difficult times.

For example, one story is about a little boy who is waiting for his dad to pick him up but sadly his dad never shows up. You learn about how this boy deals with his disappointment in a way that helps him feel better. There are questions and suggested activities with every story to help your children apply it to themselves.

Reading these short stories together can help you and your children discuss important issues that come up when parents are divorcing. What a wonderful resource to help kids!


at July 30, 2013 No comments:
Email ThisBlogThis!Share to TwitterShare to FacebookShare to Pinterest

Most kids love having friends spend the night. Sleepovers often involve lots of fun and very little sleep! As a parent you may dread having sleepy, cranky kids the next day plus a messy house.

What rules can you establish ahead of time to avoid the problems which sometimes accompany sleepovers? Here are some you might want to consider:
If you have other rules you've found helpful, please share them in the comments below. 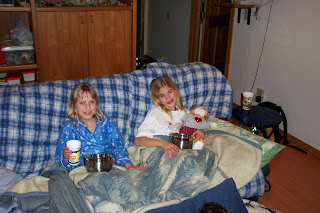 at July 15, 2013 No comments:
Email ThisBlogThis!Share to TwitterShare to FacebookShare to Pinterest

Warning Signs That a Child Is Drowning

Children who are drowning do not look like they are in distress. They are not going to call out for help or splash their arms. Why? Because they no longer have the air or strength to do those things.

Knowing the signs to look for in a person who is drowning may save a child's life. Below are the characteristics of the Instinctive Drowning Response from the Coast Guard’s On Scene magazine:

1. Except in rare circumstances, drowning people are physiologically unable to call out for help. The respiratory system was designed for breathing. Speech is the secondary, or overlaid, function. Breathing must be fulfilled, before speech occurs.

4. Throughout the Instinctive Drowning Response, drowning people cannot voluntarily control their arm movements. Physiologically, drowning people who are struggling on the surface of the water cannot stop drowning and perform voluntary movements such as waving for help, moving toward a rescuer, or reaching out for a piece of rescue equipment.

5. From beginning to end of the Instinctive Drowning Response people’s bodies remain upright in the water, with no evidence of a supporting kick. Unless rescued by a trained lifeguard, these drowning people can only struggle on the surface of the water from 20 to 60 seconds before submersion occurs.

When you're at the water with kids, make sure at least one adult's attention is totally focused on the kids in the water. 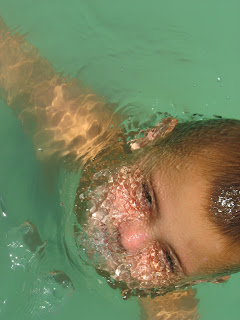 at July 12, 2013 No comments:
Email ThisBlogThis!Share to TwitterShare to FacebookShare to Pinterest

The Secret to Your Children's True Happiness

What do you think is the greatest predictor of happiness for your children? Could it be having a stable home, loving parents, enough food to eat, fun activities, experiencing success in school or sports? Certainly these things and many more affect your children's happiness.

Friends really are that important. While you can't control how your children and their friends interact, you can help your child develop key friendship skills.

One of the most heartbreaking things is to see your child struggling to make and keep friends. Your child might be shy and easily ignored by other kids, overly sensitive, intimidating other children, or be the vulnerable child who is continually being picked on. What can you do to help your child develop the skills needed to make good friends? 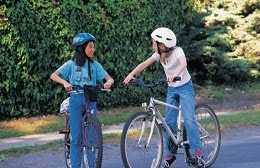 at July 10, 2013 No comments:
Email ThisBlogThis!Share to TwitterShare to FacebookShare to Pinterest

When his two teenage sons started making too many risky choices, Dan Post decided to have them work on a presentation together. The goal of this presentation was to help them understand the potential serious consequences of crossing certain boundaries. He also wanted let them know how he intended to help keep them safer with "bungee cord parenting".

If you have teens, his candid description of his fear for his sons' choices and how he discussed it with them is worth watching.