You love your kids. The last thing you want to think about is that your child might commit suicide. Tragically suicide is the second leading cause of death for kids and youth ages 5 to 24-years-old.

Is there anything you can do today to prevent a tragedy like this from happening? Some parents who have suffered the devastating loss of their child to suicide are working hard to prevent it in other families.

Opening Up About Depression and Suicide

John and Susie Trautwein lost their 15-year-old son, Will, to suicide. Will is the oldest of their four children. In John’s book, My Living Will: A Father’s Story of Loss & Hope, he describes their families’ fun, loving atmosphere. The night Will hung himself they had no indication that he was depressed let alone suicidal.

Will was doing well in school and sports plus had plenty of friends. It’s hard to imagine that kids like Will would feel like ending their lives. Yet it happens.

Michael Phelps, Olympic swimmer and winner of 28 medals, has struggled with depression since his teens. In this MSN article titled “Michael Phelps: 'I am extremely thankful that I did not take my life'” Phelps reports falling into major depression after every Olympics. He finally reached out for help when he hit an all-time low where he wasn’t eating or sleeping well and didn’t want to be alive.

People who share their struggles with suicidal thoughts help break the taboo of talking about it. Seattle Times columnist Matt Calkins wrote about his own mental health challenges in this article “Player’s Death A Reminder Help is Here”. He was inspired to share his struggles after the suicide death of Washington State college quarterback Tyler Hilinski.

Males are 3.5 times more likely to die from suicide than females. Part of what puts them at higher risk is society’s expectations of males. 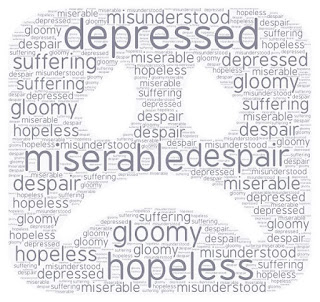