Wouldn't it be wonderful if there was a simple "how to parent" guide that you could use to address any possible parenting challenge?  It's just not that easy!

You have a unique background that influences how you relate to your children and each of your children is unique.  What works for one child will not necessarily work for another. It's complicated!

However the more ideas you have for responding to your children's behavior, the better equipped you will be to handle any situation.  You can get these ideas from friends, relatives, books, presentations and parenting classes.

On Monday the Mom's Choice Awards® named Priceless Parenting's online parenting classes among the best in family-friendly media, products and services. Priceless Parenting's goal is to provide parents the tools and ideas they need to do their best possible parenting. We are honored to receive this award acknowledging the tremendous value parents get from our classes!

at July 28, 2011 No comments:
Email ThisBlogThis!Share to TwitterShare to FacebookShare to Pinterest

The pain from inappropriate consequences can last a lifetime. Marge, a woman in her 60's, recalled an incident that happened when she was about 8-years-old.

Marge's chore was to wash the dishes. She was looking out the window, working away and trying to come up with ideas to make the chore a little more fun. A bottle of grape scented Crazy Foam was sitting along side the kitchen sink.

Marge had the perfect idea! She took a small dot of that wonderful smelling Crazy Foam on her dishcloth and used it to wash the next plate. Marge loved that grape scent wafting in the air. The dish washing task was much more delightful with Crazy Foam!

Marge's new found dishwashing happiness came to an abrupt end when her father entered the kitchen. According to him Crazy Foam was only supposed to be used in the bathtub. He made her stand on a kitchen chair with a mouth full of Crazy Foam while he yelled at her for how stupid she had been. His tirade lasted a long time; her mother stood in the doorway silently.

After she was finally allowed to leave, young Marge did some serious thinking about how she would protect herself and her younger siblings in the future. That day a crater opened up between Marge and her parents, one that was so wide it was never bridged.

Marge knew she didn't deserve to be treated that way.  Her father's consequence was abusive, not instructive.   Marge learned to do anything necessary to avoid the wrath of her father including lying.  This is not the lesson he wanted her to learn. 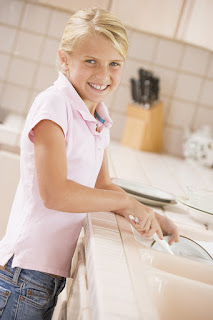 at July 25, 2011 No comments:
Email ThisBlogThis!Share to TwitterShare to FacebookShare to Pinterest

Listening for the Underlying Message

When kids are upset, it can be hard for them to communicate their feelings. One mom experienced this when her 6-year-old son Zach left his new toy in a guest’s bedroom. Zach did not realize he had forgotten his new toy in the bedroom until the guest was already asleep. Mom explained to Zach that he was not allowed to go into the bedroom to get his toy and disturb the guest’s sleep.

The next morning when mom greeted Zach with “Good Morning!” he responded by whining about how the guest was still asleep and so he still couldn’t get his toy. Mom replied “Let’s not start the day with whining.” When Zach continued whining, she explained that she would listen to him when his voice sounded like hers. Zach’s behavior continued escalating until he was kicking and hitting as his mom tried to hold him.

He really lost it when mom became concerned about what the guest would think of Zach’s behavior and told him he was acting like a brat. He screamed back "I’m not a brat!"

Yikes! How could this situation have been handled in a way that might not have resulted in Zach’s behavior escalating?

When Zach woke up in the morning and whined about how long it was going to be until the guest woke up, Mom addressed the whining instead of the underlying message. Zach had really been patient waiting all night to get his new toy and now he had to wait even longer. His reaction may have been different had Mom responded "I'm so impressed with how you did not disturb our guest all night. Wow! It's really hard to have to wait even longer isn't it?"

Zach might have then felt understood. When people feel understood, their behavior calms down instead of escalating. 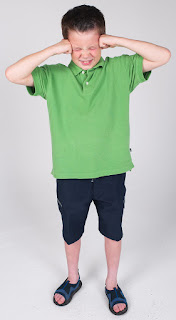 at July 21, 2011 No comments:
Email ThisBlogThis!Share to TwitterShare to FacebookShare to Pinterest

Insist on Being Treated with Respect

Why is it so important that your children treat you with respect? Because if they don’t, they also won’t treat other adults with respect!

When I was pregnant with my first child, I was also teaching first graders at church once a week along with three other adults. We struggled the entire year to get the kids to cooperate. Many of the kids wouldn’t do even the simple things we asked them to do like gathering in a circle so we could play a game.

When you insist that your children treat you with respect, you also teach them how to treat others with respect. This is a lesson worth teaching! 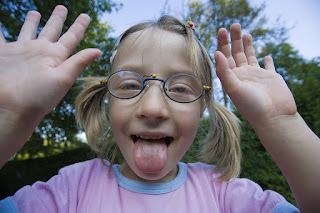 at July 18, 2011 2 comments:
Email ThisBlogThis!Share to TwitterShare to FacebookShare to Pinterest

Bossing Your Kids Versus Leading Them

Do you liked to be bossed around? Probably not! How does the thought of being managed by someone else make you feel? Irritated? Angry? Rebellious? If you’re like most, you react negatively to someone trying to boss or control you.

Your children are no different. They also do not like when you try to control their behavior. You can test this out by watching their reaction to commands like "Hurry up!", "Stop fighting!" or "Quit your whining."

The role of a parent is similar to being a boss, manager or leader. If you shy away from being the boss in your family and try instead to be your children’s friend, that leaves your family without the strong leadership it really needs.

Considering the Characteristics of Your Favorite Boss

I was recently at a conference where the audience was asked to think about their favorite boss or manager. The presenter then asked what qualities made this person such a good boss.

These are some of the important characteristics mentioned: 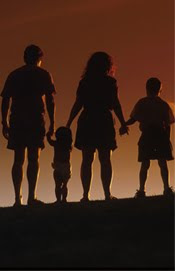 at July 14, 2011 No comments:
Email ThisBlogThis!Share to TwitterShare to FacebookShare to Pinterest

Young children are so refreshing because they are always authentic. You know exactly how they are feeling because they visibly show their feelings and haven’t developed the ability to hide those feelings.

Maintaining that authenticity throughout one’s life is no small feat. Brené Brown issues this warning in her book The Gifts of Imperfection, "I think we should be born with a warning label similar to the ones that come on cigarette packages: Caution: If you trade in your authenticity for safety, you may experience the following: anxiety, depression, eating disorders, addiction, rage, blame, resentment, and inexplicable grief."

When you encourage your children to figure out who they really are and develop their talents, you’re helping them on their way to living an authentic life. When you have the courage to live authentically yourself, your children will learn from your example. It isn’t the easy path but it is the path worth taking. 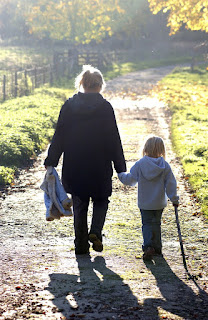 at July 11, 2011 No comments:
Email ThisBlogThis!Share to TwitterShare to FacebookShare to Pinterest

Teaching your kids basic social graces like saying “please” and “thank you” will help them succeed in life. It takes years of practice and reminders but eventually your children will remember these phrases all on their own!

George Bernard Shaw stated "There is no accomplishment so easy to acquire as politeness, and none more profitable." From knowing how to greet someone to understanding table manners, children who are comfortable with these skills excel in social situations.

While it is often easy to let manners slip at home, home is really the perfect place to practice. Being polite within your family is not only good practice it makes for a lot more everyday pleasantness! 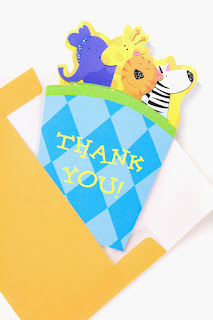 at July 07, 2011 No comments:
Email ThisBlogThis!Share to TwitterShare to FacebookShare to Pinterest

I recently met a mom who declared that all 15-year-old boys should be sent away from their families to an outdoor camp. She made this declaration based on the problems she was experiencing with her own son plus the ones she saw friends with teens struggling to handle.

When things go wrong in the teen years, it causes families enormous amounts of stress and strife – something we’d all like to avoid. How can you increase the possibility that your children will have fairly smooth sailing through the teen years?

Are your kids getting the experience they need to grow into responsible teens? Prepare now for amazingly wonderful teens! 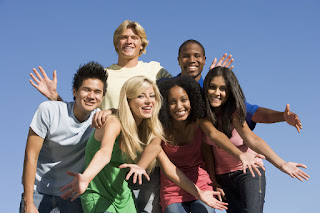