Making and Breaking Promises to Kids

Has your child ever accusingly said, "But you promised!"? Did you break a promise or did your child misinterpret a statement as a promise when no promise was intended?

Being intentional about what is a promise and what is not can be helpful in avoiding misunderstandings. Once you make a promise, it is important to follow through with whatever you promised.

People remember broken promises for years, especially if it was an emotional event. Often remembering the situation even triggers some of those original emotions.

One 50-year-old woman recalled being at a pool and being afraid of going down the slide. Her dad was in the water and promised her that he would catch her. However, when she came sliding down, he didn't catch her.

She popped right up after being under water and reasoned that her dad just wanted her to learn that she could do it. Years later, she clearly remembers that broken promise and her feelings of being deceived.

I remember as a teen being promised by my friend's aunt to be driven up to a lake cabin where my friend was spending a couple weeks in the summer. The aunt cancelled the trip the day before we were supposed to leave; I was crushed.

Recovering From a Broken Promise

What do you do when you’ve broken a promise to your child and now your child is upset? Rick explained that he had promised his 12-year-old son that he would play a game of cribbage with him that night. However, time slipped by and it was time for bed before they got to play the game.

(Finish reading the rest of the article on Priceless Parenting) 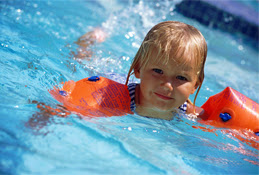 at September 11, 2014
Email ThisBlogThis!Share to TwitterShare to FacebookShare to Pinterest