When you find yourself in power struggles with your children, consider what you actually control versus what your children control. If you are trying to control something they ultimately control, then you will probably lose.

For example, one parent who helped out at her child’s preschool noticed that the adults were often struggling with the children over putting on their jackets before going outside. The kids would complain that they weren’t cold and then refused to cooperate in getting their jackets on.

The adults decided to change the situation by creating a new expectation that all children would take their jackets outside with them but they could either hang them up outside or wear them. If they hung their jacket up outside, they could always put it on if they got cold.

The children were much more cooperative given their new authority over whether or not to put on their jackets. Everyone was happier! 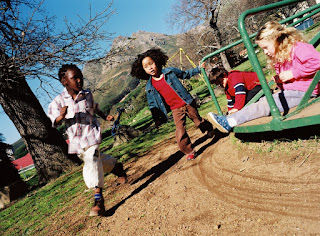 at November 04, 2011
Email ThisBlogThis!Share to TwitterShare to FacebookShare to Pinterest